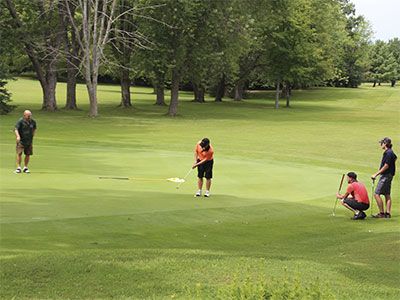 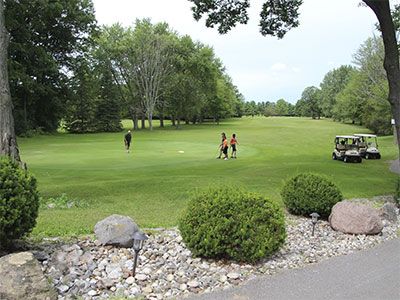 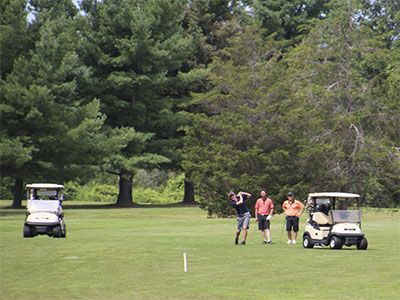 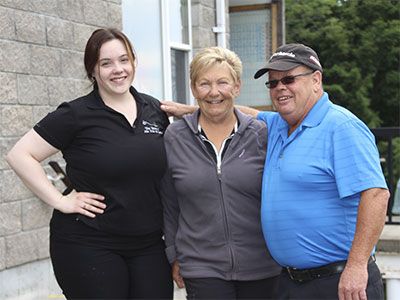 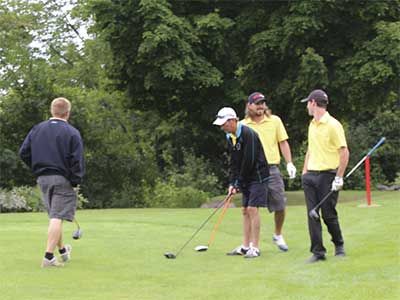 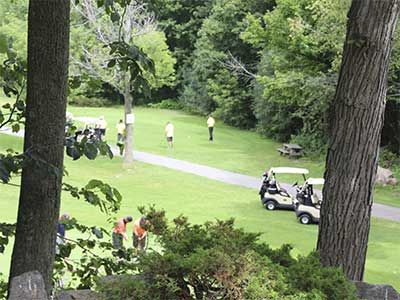 Today was made for golfing! The weather was sunny and warm…the fairways were green and lush and the greens…well they were playing fast and true! The pig on a spit was delicious and everyone enjoyed a great meal before heading home. This year our “WOW” prize was a bar fridge, neon Coors Light sign and Coors Light Beer Glasses which everyone had a chance to win and lucky Kevin Clarkewalked away with the big prize. Thanks everyone…all the staff, Sharon McClelland and Pete Denard for all your hard work. Congrats to Bill Serson on the longest drive and Jim Mulville on the closest to the hole win.