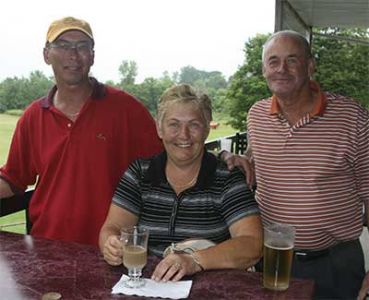 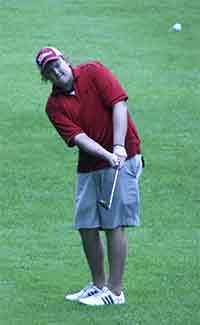 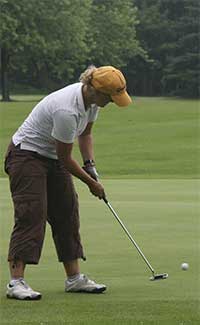 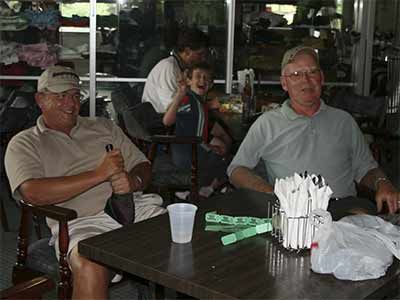 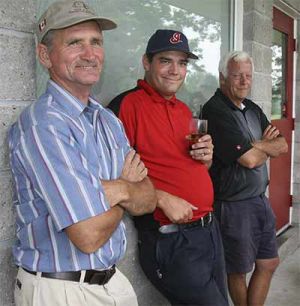 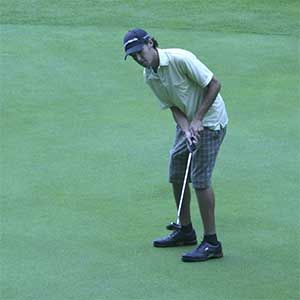 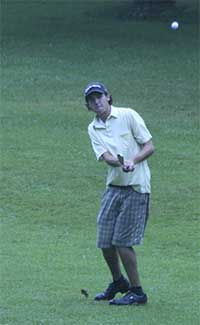 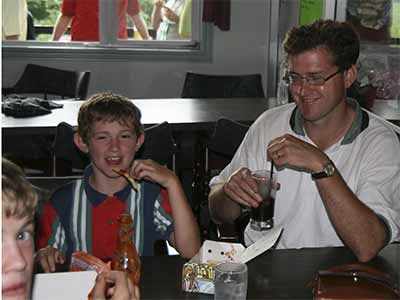 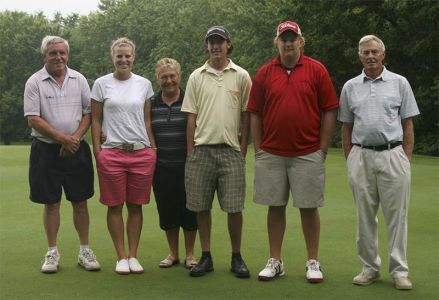 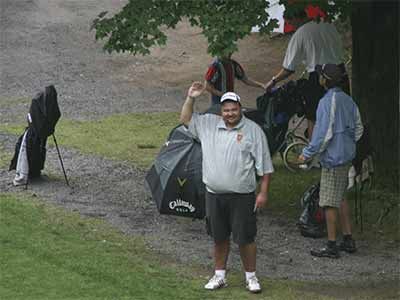 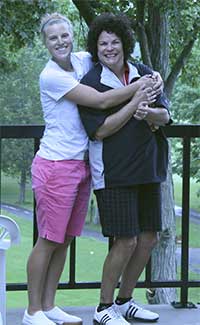 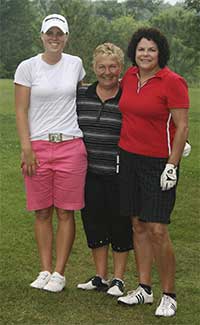 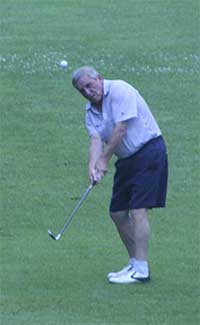 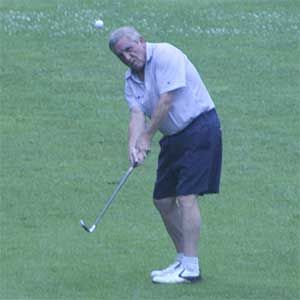 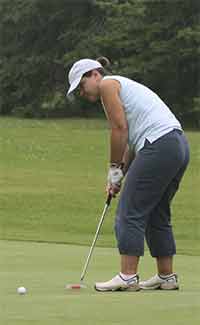 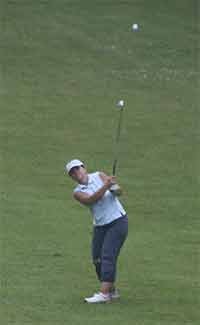 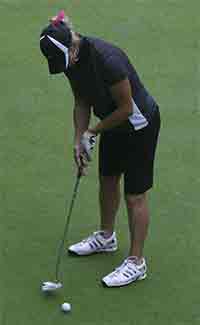 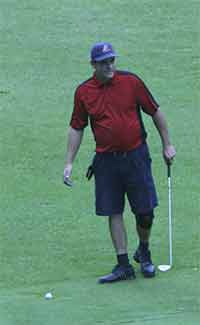 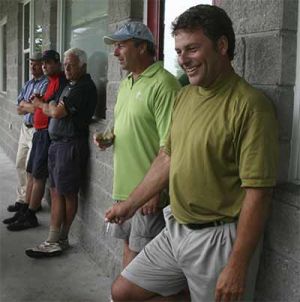 The men’s club championship changed from 4 rounds in past years to 2 rounds this year. The 2008 Camden Braes Men’s Club Champs were up for grabs this weekend, with 5 players within 5 shots of the leader, Bun Spencer, after the Saturday round. The Sunday round was plagued with rain and wind, and with the pins tucked in their toughest positions, the course was playing as tough as it gets. Derek Baker bounced back from his first round of 80 on Saturday to shoot a blistering round of 72, which included 4 birdies, to take home the title. Baker started the day 4 shots back, but after his front 9 score of 34, he took a 2 stroke lead to the back nine, and finished the day 2 shots ahead of Spencer.

Spencer’s round of 78 was good enough, however, to secure the Senior Men’s title. Also in the mix on the weekend was Luke Simons, whose rounds of 78 and 79 left him 5 shots away from defending his title. He did, however win the Junior Championships by a large margin. Don Walker won the Super Seniors Championship in a playoff against Fred Jespersen, after both men totaled 167 when the 36 holes were complete.

In the ladies division, Christine Fraser continued her dominance, by winning her 4 th straight Ladies Club Championship. She fashioned tidy rounds of 79 and 77 en route to the victory. Sharon McClelland won the Senior Ladies Championship with her rounds of 84 and 86.